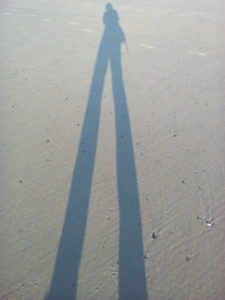 I have a PhD in astronomy and worked at Imperial College for several years. I also have an MLitt in creative writing from University of Glasgow and I was a winner of a Scottish Book Trust/Creative Scotland New Writers Award for 2012. In 2016 I was a recipient of a Suffrage Science award – set up to honour women in science.

I really enjoy being a writer-in-residence, my first residency was at the ESRC Genomics Policy and Research Forum (based at the University of Edinburgh) where I learnt a little bit about genetics and wrote lots about it. During 2015 I was a writer-in-residence on the fiction meets science programme at the Hanse-Wissenschaftskolleg in Germany, and at the beginning of 2018 I had a residency near Heidelberg, thanks to UNESCO City of Literature Heidelberg and the Kulturstiftung Rhein-Neckar-Kreis e.V.

For the past few years I’ve been an informal writer-in-residence at the Science, Technology and Innovation Studies unit in the University of Edinburgh where I’m involved in a variety of interdisciplinary projects about the exploration of outer space, upland hill farming, and the uncanny. I write occasional academic papers on the complex processes of working on these sorts of projects (such as this one in Leonardo).

Recently I’ve been writing essays about science and history – including my own family history in Germany.

I like talking about the links between science and literature on the radio and at live events; I’ve been on Radio 4 and Radio Scotland a few times, and have appeared at many festivals; most recently at Heidelberg Literaturtage, Bradford Literary Festival and Edinburgh International Science Festival.

If you would like to buy one of my books please contact me directly. Ebooks are also available.

Begin typing your search term above and press enter to search. Press ESC to cancel.