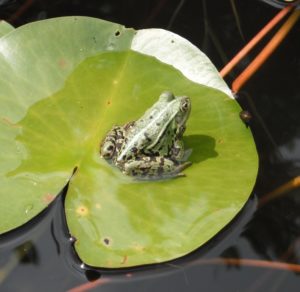 Because I’m so interested in using fiction to write about science, I like to work on interdisciplinary projects that aim to cross the boundaries between artistic and scientific practice:

Uncanny: together with Drs Gill Haddow and Fadhila Mazanderani at STIS, University of Edinburgh, I’m working on a project looking at Freud’s essay about the uncanny. We want to see how the uncanny (‘not the strange, but the familiar rendered strange’) applies to recent medical advances and how it relates to Edinburgh, a city famous for its medical history. In July 2018 we ran a workshop bringing together social scientists and writers to discuss, and write about, the uncanny. I applied for, and received, funding from Creative Scotland to support the writers as they produce their work and we’re hoping to produce an anthology of the resulting short stories, poems and essays some time in 2020.

SDOS: a network of people in Edinburgh who get together and talk about the implications of human exploration and colonisation of other planets. Three writers (myself, Russell Jones and Laura Lam) have written short stories about Scotland in Space that will be published, together with accompanying essays by academics, by Shoreline of Infinity soon.

ResULTS: a long term project instigated by Dr Ann Bruce at STIS, University of Edinburgh to look at the challenges faced by remote upland sheep and cattle farmers due to political and environmental changes, and identify how to improve resilience to cope with those challenges. My contribution to this project will be to write stories about the past and future of these types of farms.

‘Strange Brains, Alien Minds: Transforming future science through near-future science fiction‘: a project run by Dr Christine Aicardi and writer Stephen Oram, funded by King’s Cultural Institute and the Human Brain Project. Geoff Ryman also took part in this project during which we spent a happy day at the neuroscience labs at KCL, finding out about the brains of chicks and fruit flies before writing short stories which were performed and discussed at this event.

I Am Because You Are: I wanted to celebrate the 100th anniversary of general relativity in 2015 by enabling fiction writers to write about the world of black holes, universes and so on. In 2014 I organised a workshop (with Professor Pedro Ferreira at the University of Oxford) for writers to learn more about the subject from physicists. I received funding from STC and ACE to support these writers (including Stuart Clark, Dilys Rose, Helen Sedgwick and Joanna Walsh). Tania Hershman co-edited the resulting anthology with me and Freight Books published it on time for the anniversary in November 2015. We gave talks and readings from the anthology at Glasgow Academic Book Festival, Wigtown Book Festival and Orkney Science Festival.

Photo-poetry and genomics: a project instigated by Dr Matthias Wienroth bringing together artists, poets and scientists to create something at the interface of different disciplines. I wrote a poem ‘The ballad of the immortal gene’ inspired by Dr Mar Carmena’s work on cell division. Matthias and I also wrote an academic paper published in the journal Leonardo about the processes involved in producing this sort of interdisciplinary project.

The photo at the top of the page is of a frog in the Berlin botanische Garten. I like the idea of an amphibious creature capable of living in both air and water symbolising interdisciplinary art-sci projects…

If you would like to buy one of my books please contact me directly. Ebooks are also available.

Begin typing your search term above and press enter to search. Press ESC to cancel.